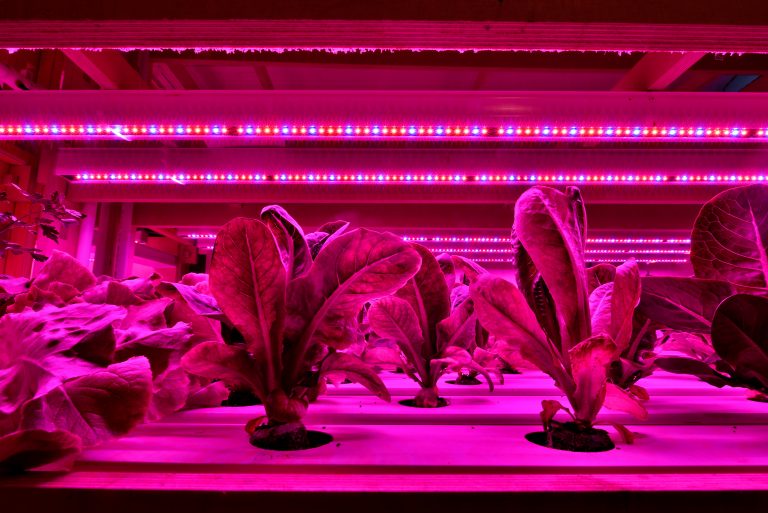 Using artificial lights to grow plants has been happening since the 1970s. At first, this was with fluorescent or incandescent lightbulbs, although as time moved on, and research and experimentation took place, it became obvious that LEDs were the way forward. Research conducted by NASA in the 1980s and 90s proved that not only the intensity of light used had an effect on growing crops, but also the wavelength, or colour, of the light involved.

The way LEDs are designed means that their light output is down to a fairly narrow wavelength band, meaning that they would typically give out only one colour of light. This meant that scientists could find out exactly what each type of light did to the plants they were trying to grow.

The results showed that plants grew well when subjected to red light wavelengths, yet did even better when this red light was mixed with a small amount of blue light. As well as being used in photosynthesis, blue light also regulates the opening of stomata, the tiny holes in the leaves of a plant used for water and carbon dioxide intake. This is why red light, being the main driver of photosynthesis, with a little blue added makes for a great combination for growing plants.

This is the reason why horticultural lighting is often purple in colour. It’s a combination of blue and red LEDs working together to promote growth.

American Bright have developed LED horticultural lighting that are not only tuned to precise wavelengths to stimulate growth, but can also be adjusted, to ensure you provide the perfect light for your plants, no matter how new they are.